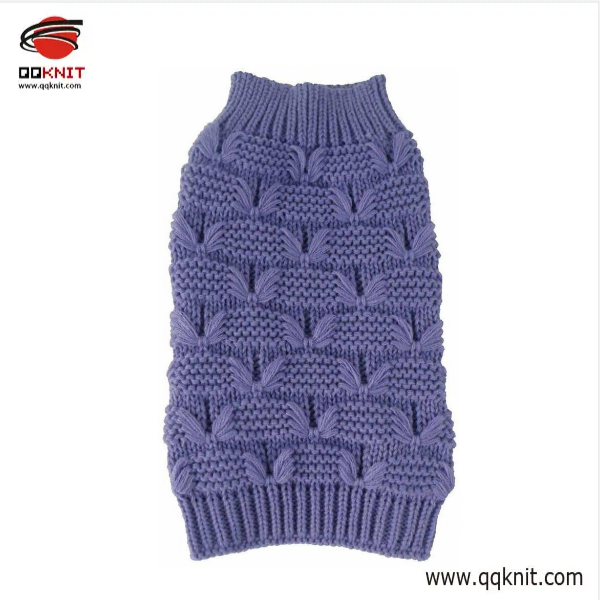 Keeping your pup warm with a dog sweater will also keep them looking adorably cozy and ready to cuddle up with you. QQKNIT has styles in a wide variety of patterns, colors, and fabrics, so you can find the dog sweater style that’s right for Chihuahua. As one of the leading knitted sweaters supplier pet sweaters manufacturers, factories & suppliers in China, we offer low MOQ  for retailers, wholesalers and distributors. OEM and ODM order is also available.

*Cable knit dog sweater made from an ultra-soft wool blend with a cozy turtleneck.

*Thick design is perfect for cold weather and climates. Features a leash hole along the backside.

*Pullover design slips over the head for easy on and off. Get dressed and ready in seconds!


Send email to us

Dog sweaters aren’t just adorable and stylish, they can also give your dog the added layer they need to keep them from shivering in places where the A/C is on full blast or during walks in colder climates. That’s because although most dogs have furry coats, some can use a little help getting warm. This Chihuahua dog sweater is knitted with high quality wool yarn . Super soft and cosy, this low-maintenance yarn is also machine-washable. 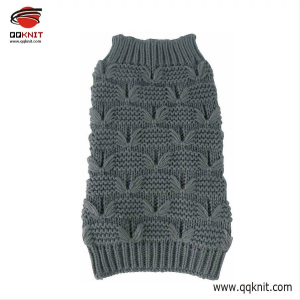 This Chihuahua dog sweater is handmade from durable soft wool material, comfortable and warm for your pet in winter/cold days. Since it stretches with ease, it’s easy to slide the sweater on and off your canine. Your dog will be comfortable both inside and outside with this cozy sweater. It has a hole in the back for a leash too.

The pet jumper is well knitted, which is tight stitches and not easy to be broken and out of shape.

Safe to machine wash - do not exceed 40 degrees / Use a delicates detergent / Once done, roll in a clean towel to remove excess water and then dry flat / Do not tumble dry.

Tips on Dressing Your Chihuahua

Chihuahuas are often frightened of unfamiliar objects, and clothes are no exception. When attempting to dress your Chihuahua for the first time, he may pull away, shake or otherwise show signs of anxiety.

You can ease your Chihuahua's anxiety of getting dressed by following these tips:

*After your Chihuahua wears a new garment of clothing for the first time, inspect his body for signs of chafing or irritation.

*Don't tug or pull your Chihuahua's legs when attempting to dress him.

*Reward your Chihuahua with a treat and affection both before and after getting him dressed.

*It may sound silly, but talking to your Chihuahua in a calm and soothing tone while dressing him can help ease his anxiety.

*Don't force your Chihuahua to get dressed if he's anxious.

*If an article of clothing prevents your Chihuahua from doing his business, remove it before taking him outside.

Professional quality controllers to supervise the production to make sure our quality is the best!

We can customized customer need products according to the customers repuirements.

We enjoy a variety of cooperations, such as customizable logo, size, color, etc. Which are tailored specifically to our clients requirements.

1. We have our own factory, so OEM is available. If you have your designs, welcome to contact us for quotation.

2. We always provide samples for your confirmation before mass production to ensure the quality and other details. During mass production, we will keep you updated of the production status and situation from time to time.

3. If there are some problems about our goods, we will do the best to do the compensation for you!

Being the world’s smallest dog breed, Chihuahuas don’t tolerate cold climates as well as larger breeds. When a Chihuahua is exposed to sub-freezing temperatures, his body temperature may drop to dangerously low levels, a condition known as a hypothermia. A warm shirt or sweater protects against hypothermia by slowing down the rate at which your Chihuahua loses heat.

How to choose sweater size for Chihuahua?

It’s important to choose the right size clothes for your Chihuahua. While holding the title of the world’s smallest dog, Chihuahuas vary in size. Teacups, for instance, often weigh just 1 to 2 pounds, while larger Chihuahuas weigh 6 or more pounds. There’s no such thing as one-size-fits-all dog clothes, so consider your Chihuahuas size — weight, length and height — when shopping for new clothes. Whether it’s a shirt, sweater or any other article of clothing, it should list the size range for which it was designed.

Write your message here and send it to us